Suspended ceilings often referred to as ‘dropped ceilings’ or ‘false ceilings’ have been commonly used in many different building types for years.

Typical buildings that use suspended ceilings are:

Suspended ceilings are even popular in domestic use, particularly in kitchens and conservatories.

The main benefit of a suspended ceiling is to provide a clean, smooth finish to the internal ceiling of a room, whilst hiding electrical wires, pipework and other services.

The suspended ceiling still remains the most cost-effective solution to this problem and will remain so for the foreseeable future. 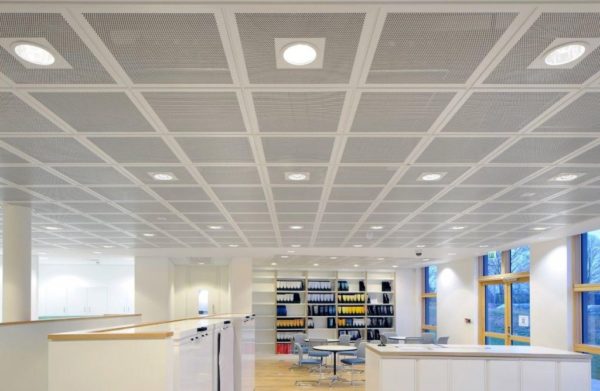 Other key benefits include:

With our extensive knowledge of all ceiling tile brands and models we can help advise businesses large and small learn how to improve the performance of their space with a new suspended ceiling.  If you’d like to have a go at installing a suspended ceiling, why not try one of our ready to buy Ceiling Kits.